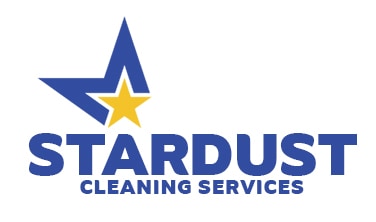 Call
Home/Pressure Washing/How do you remove black mould from a stone wall?
Previous Next

How do you remove black mould from a stone wall?

Why is black mould such an issue?

Black mould is a fungus caused by damp, which will continue to grow until you do something to get rid of it. Commonly found in household bathrooms, black mould tends to form in areas that are wet and warm. Such can also become a common issue on stone walls with deep crevices and uneven joins. And while they don’t necessarily damage the stone they live on, mould spores can become unsightly and downright ugly.

If allowed to set seed properly, black mould will continue to spread and grow. It attaches itself to natural materials both inside and outside the home, including natural wood, stone, wicker and paper materials.

Where does mould appear?

When it comes to removing the black mould, the first question we must ask is this: what caused it in the first place?
Inside the home, damp sources can often be seen, tending to lean towards leaking pipes or under-ventilated shower rooms. However, when we’re looking at exterior stone walks, the cause of the problem becomes a little more challenging.

The water source outside the home could be anything, from a build-up of rainwater to an exterior leak, shaky foundations or sheltered areas with no direct sunlight access. Controlling the air moisture is infinitely more complicated when it comes to outside spaces, though we can do our best to ensure that as much of the wall as possible is receiving sunlight at some point during the way.

Once you identify the water source, whatever it may be, the first thing to do is to steam it as effectively as you can. Then it’s time to remove the black mould.

How best can you approach the removal of black mould?

Before undertaking any extreme cleaning activity, you should remove as much surrounding decoration or foliage as possible.
Protecting them from your steam cleaning solution, but by considering which areas you are keeping covered all year round. You may find other black mould patches where a section of stone wall t dark and damp – the optimum conditions for mould to thrive.

Then we come to the clean itself. There are arguments for and against most of the options available to you, with some opting to do it themselves while others will only ever call on a professional. The avenue you choose to go is up to you, though if you are at all nervous about using certain products or the effect they could have on the finish of your stone wall. You should probably seek the help of a professional steam cleaner.

A professional cleaner will likely look at the black mould’s damage before deciding on a solution, with one of the most popular solutions being power washing.
Using the diesel-powered hotbox that heats the water to 150 degrees creating steam, organic matter eliminated in a cost-effective and distinctly natural way, without the need for chemicals that can easily damage the building or surrounding habitats.

If, however, you choose the DIY avenue, our first cleaning must-have is bleach. First, if you remove black mould from an exterior stone wall, then it is recommended you use an oxygen-based bleach rather than a chlorine-based one. You are protecting the environment around you and your plant life. Once applied directly to the problem area, used a hard-wired brush to scrub the solution into the stonework. Then allow it to sit for up to half an hour before rinsing thoroughly.

Another remedy for removing black mould, accessible for its effectiveness and natural based ingredients, is Borax. When mixed with water, Borax creates a solution ideal for use outside, containing natural plant nutrients as part of the ingredient list.

The method for use is simple:

• Before applying to the problem area, you should first dampen the stone wall with a hose; thus, dampening the mould spores and ensuring they won’t flake and fly off during the application of the borax treatment.

• While doing this, it is worth watering the plants around the problem areas thoroughly, as a slightly damp surface will make it more difficult for the borax solution to spread and affect other living plants.

• Once you’ve set your area up, it’s time for the elbow grease – using a brush to scrub over the affected area with your solution. It is especially vital to use a brush for this, as the bristles need to be allowed to reach between the stones and cracks. Spreading the solution around the hard to reach areas can often become the ideal breeding ground for mould spores.

• Once applied, leave for 10 to 15 minutes and then rinse thoroughly – making sure to coat the surrounding grass and plants with a soaking of water, too, to dilute any stray borax.

Are there any other lesser-known remedies for black mould?

Then we come to our lesser-known but just as effective remedies for black mould. The first, using a popular hair dye treatment, includes hydrogen peroxide. It is not great for the environment, but a quick and easy way to eradicate small black mould areas from your stone walls. We are using just a spray bottle and a cloth.

The second is far more environmentally friendly and, as such, is one of the more popular at-home treatments, relying only on the natural power of tea tree. Tea tree oil and water, this solution should sprinkle onto the moulded area until entirely saturated and then left. That’s right, no rinsing, as the tea tree can sit harmlessly on the stone surface and prevent future mould from sprouting.

White vinegar is another at-home method using your cupboard contents and using either a 100% white vinegar solution or a mix of the vinegar and water for a smaller area of mould. This solution should be applied and allowed to dry on the surface to be fully active.

Once the black frame is gone, how do I make sure it doesn’t come back?

Of course, who would we be without a little prevention tip, and so our final tip has to do with securing your stone wall against any further influx of black mould.
When it comes to moisture, there’s not a lot few can do to prevent it. But what we can do is keep our stone walls as clear as possible to allow sunlight to reach those nooks and crannies where mould could quickly sprout and grow.

About the Author: Stephen Fudge